Hit enter to search or ESC to close

The internet has changed the way cars are bought and sold. It’s now a lot easier to figure out who has the best deal on a new car, but used cars are more complex. A lot of buyers get frustrated when they run into walls asking for large discounts on used cars. Here’s why that happens.

I’ve mentioned in several previous articles that used car shopping is more about finding the best overall value on the market rather than focusing on the largest discount off the asking price. I find myself fielding a lot of emails where I end up explaining that a dealership that’s holding firm to their asking price or is only offering a small discount is not, in fact, ripping them off. New cars simply have more wiggle room: more deals, more incentives, more factory rebates, better financing terms and more options on the lot, just to name a few. This isn’t the case with used cars.

Online pricing comes down to two basic factors: the market price for a given vehicle and how consumers behave when shopping online. Anytime a dealer lists a car for sale, that listing is competing against all the other listings in that region (or beyond) on a similar car with a similar set of parameters. So if a dealer wants to sell that car quickly, they need to price their vehicle within the market range, or they need to post an aggressive price compared to the rest of the field.

For example here is a sampling of listings for a certified-pre-owned 2016 Mercedes-Benz E350 sedan. You will notice that all of these cars fall around the $35,000 mark. 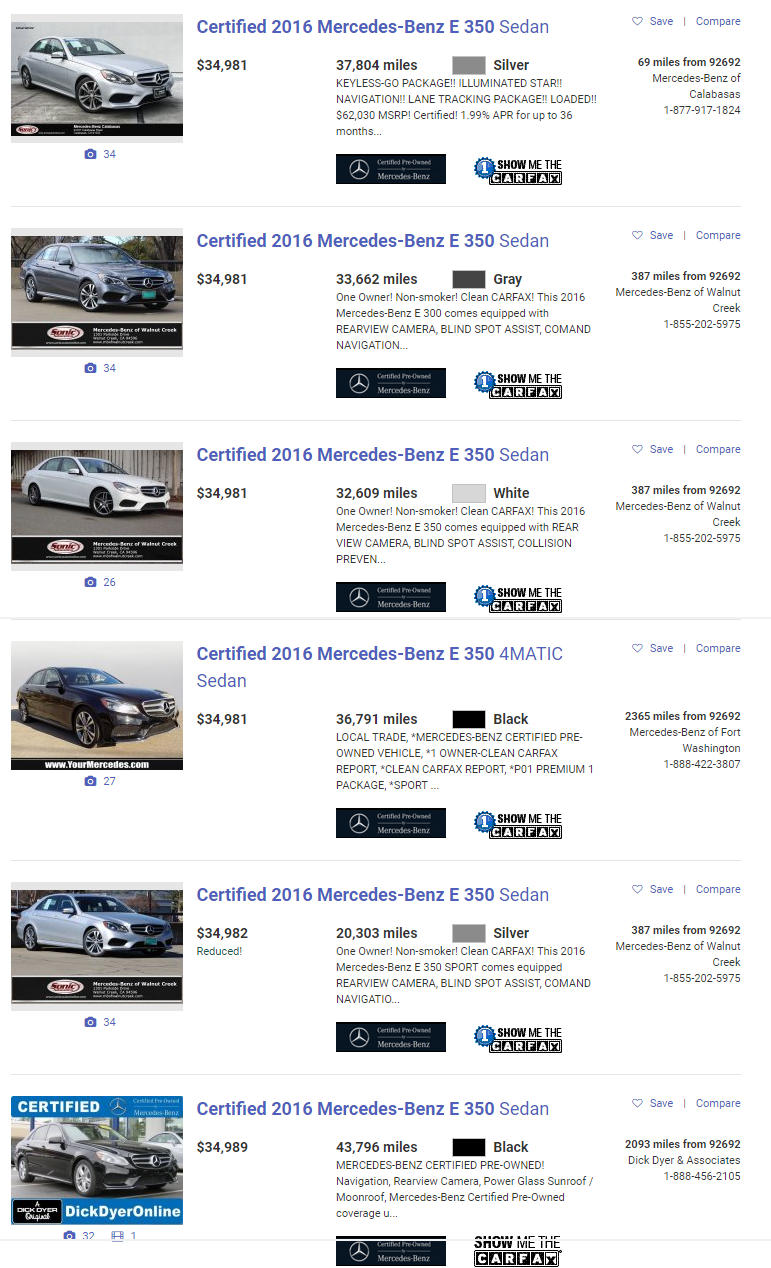 Several years ago, experts would’ve told you there was a lot more negotiation room in pre-owned models because there is more profit. While that may have been true, dealers that are placing listings on third-party websites like Autotrader, Cars.com, and CarGurus, can’t really afford to put too much markup on their cars because the price will no longer be competitive with the rest of the field. Of course, if a car is priced way too low compared to the others, that is sometimes a red flag.

This speaks to the next factor in online car shopping which is consumer behavior: most people, when searching for a product on a large website like Amazon, will find what they want and then sort by price to see which vendor is selling that item at the lowest cost. Unsurprisingly, people do the same when they look for cars online. 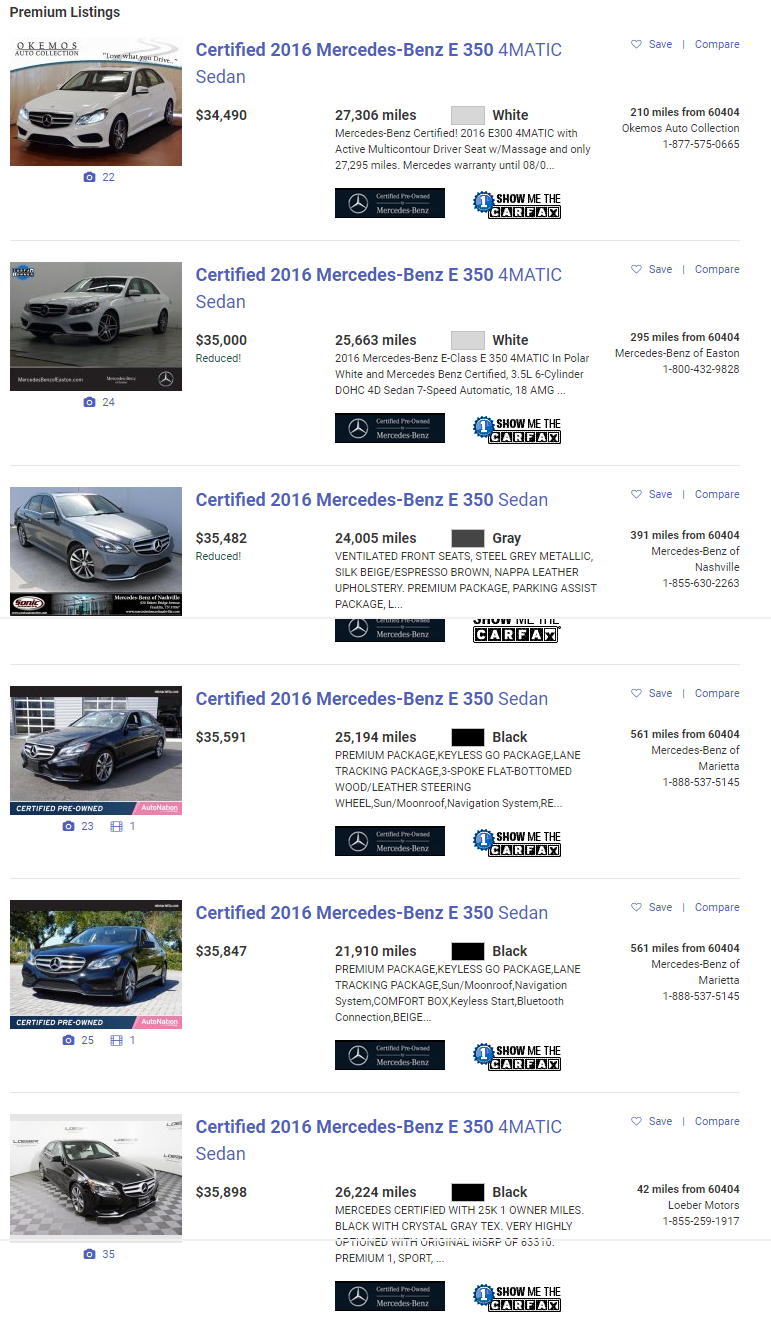 What tends to happen is a buyer sees the car at the top of the list for just under $35,000. Then they call the dealer and make an offer of, say, $31,000, and then the store refuses to budge off their asking price, or maybe only comes down a few hundred bucks. The buyer then tries a similar offer with the next cheapest car only to get the same results.

The problem is that so many folks have been trained to “never pay sticker price” they’ll assume they have to get a certain percentage off the asking price or they didn’t get a good deal. While that may be the case for a new car, it’s not true for pre-owned. I tell folks all the time: if a dealer won’t budge and you have found the cheapest car in the area, that is the deal to take.

The typical margin for negotiations for most mainstream used cars found under the $100,000 mark is in the hundreds of dollars, not thousands. You may find a little more wiggle room in a grand or two on the upper end of the spectrum, but expecting 10 percent off the asking price of a pre-owned vehicle, is going to cause a lot of frustration.

Further complicating matters on pre-owned cars are value points: certified cars come with a factory-backed extended warranty, for example. Obviously, a CPO car will command a premium in the market, but how much that premium is worth depends on the car and the buyer. Also, the original sticker price plays a key role in the equation as well.

In the case of the white Mercedes that was the lowest on the list, the original MSRP on that car was almost $64,000. A buyer may find another Mercedes elsewhere that has a slightly lower asking price, but when they check the spec sheet they may find out that the original MSRP was dramatically lower as well.

Finding the best deal on a pre-owned vehicle is way more time consuming than getting the lowest quote on a new car and it has less to do with your ability to haggle and more about skill in analyzing various factors to see which car presents the best value. 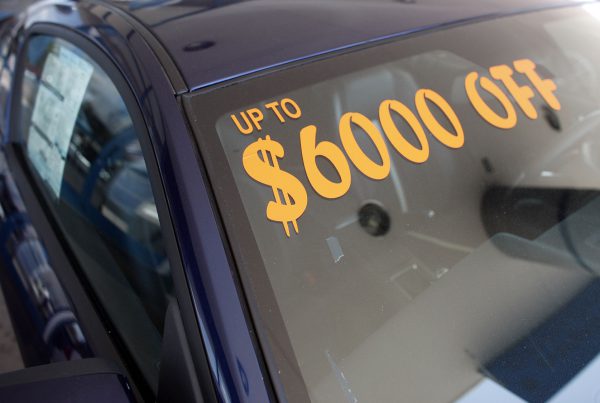 These Outdated Car Buying Myths Are Costing You Money 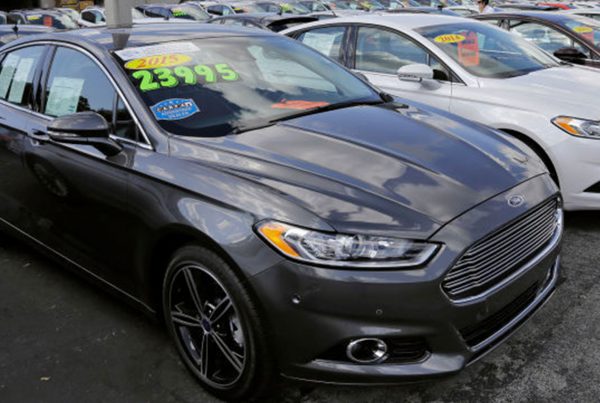 These Are The Biggest Mistakes Used Car Buyers Make

We do the work to get you the right car for the best price.